"If you want to build a better future, you must believe in secrets."

Who is Peter Thiel?

Peter Thiel is a German-American billionaire entrepreneur and venture capitalist. A co-founder of PayPal, Palantir Technologies, and Founders Fund, he was the first outside investor in Facebook and was an early investor in companies like SpaceX and LinkedIn. As of June 25, 2021, Thiel has an estimated net worth of US$7.24 billion and is ranked 385th on the Bloomberg Billionaires Index.

The first team Thiel built has become known in Silicon Valley as the “PayPal Mafia” because so many of his former colleagues have gone on to help each other start and invest in successful tech companies. They sold PayPal to eBay for $1.5 billion in 2002. Since then:

Today all seven of those companies are worth more than $1 billion each.

Why this book is important?

Zero to One is one of the definitive books on building and investing in startups.  It's a combination of a manifesto and a how-to start and invest in startups guide, this is one of the best books for people who want to build world-changing companies.

It is a condensed and updated version of a highly popular set of online notes taken by Masters for the CS183 class on startups, as taught by Thiel at Stanford University in Spring 2012 The book was a follow-up of a class on entrepreneurship that Peter Thiel gave at Stanford which was documented in detail by Blake on his blog.

Here are the six points that I have highlighted from the book:

Progress can take one of two forms. Horizontal or extensive progress means copying things that work—going from 1 to n. Horizontal progress is easy to imagine because we already know what it looks like. Vertical or intensive progress means doing new things—going from 0 to 1. Vertical progress is harder to imagine because it requires doing something nobody else has ever done. If you take one typewriter and build 100, you have made horizontal progress. If you have a typewriter and build a word processor, you have made vertical progress.

Globalization is another form of horizontal progress, it is the taking of an idea from one place and applying it elsewhere. You can only make vertical progress from technological breakthroughs, and this doesn't just describe computers. If you discover a new way to do something, that is technology.

The single word for vertical, 0 to 1 progress is technology. The rapid progress of information technology in recent decades has made Silicon Valley the capital of “technology” in general. But there is no reason why technology should be limited to computers. Properly understood, any new and better way of doing things is technology.

The technology in today's world is not sustainable, especially if all countries adopt it. There are limited resources, and the environment cannot sustain the level of pollution it would generate. Therefore, globalization without advances in technology would make the planet inhabitable.

At the beginning of this decade, many people thought technology would improve tremendously, that humans would no longer have to work for many hours, vacationing to the moon would no longer be a fantasy, and we would all be riding in flying cars. As it is, the only vertical progress made is computer technology.

“Monopoly is the condition of every successful business.”

In a static world, monopolies are bad, they can increase the price of their product knowing people will pay. However, in a dynamic world, it is a creative force that gives people more choices. The government understands this, and that is why there is a patent system, which allows a company to be a monopoly for a while. This drives invention because companies know if they invent new things, they will enjoy a monopoly on it for a substantial amount of time, helping them make a good profit off it.

4) You Are Not a Lottery Ticket

Many successful entrepreneurs, including Warren Buffett and Bill Gates, argue luck has a huge influence on how successful their business is. Theil argues we might tend to dismiss anyone who succeeds according to the above assertion. While it cannot be objectively tested, the sample size of a single successful person is one, as you read along, I guess you have the same opinion. Or why else are you reading if you believe success was a completely random thing.

Everyone is as lucky as everyone else. You will only get luckier if you work harder and smarter.

5) Four Different Attitudes to the Future:

6) Seven Questions That Every Business Must Answer

When I was thinking about writing my notes on this book I have come across a video from Ali Abdaal, one of my favorite Youtubers, using the same concept. I also wanted to use this as a principle and share it with you.

The task facing businesses is to create new things that will benefit and change the future, an innovation that goes from 0 to 1. To achieve this, think, view the world anew, see it like the ancients who saw the future we live in today, recreate it, and preserve the future, making it a better place to live in.

Start small and dominate. When you have that one idea to base your startup on, don't expand too quickly. Identify a niche where you can outperform your competition and dominate. After establishing a monopoly, expand to other markets.

Want to get inspired and improve your learning?

Subscribe to my free weekly newsletter where I share my learnings on personal growth, productivity, and minimalism. 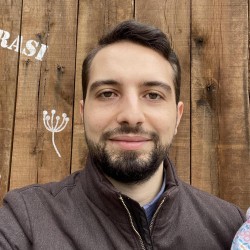